Soften the butter and gradually add the other ingredients, one by one, mixing each into the mixture thoroughly.

Mix the flour and the baking powder well, in advance.

Then spread between 2 sheets of baking paper, with a thickness of approximately 2 mm.

Cook at 155°C until it browns nicely.

Set aside and crumble 40 g for the recipe below.

Toast the almonds in the oven at 160°C until they start to colour nicely.

Add the crumbled biscuit, the Gavottes, the almonds and the puffed rice.

Mix with a rubber spatula and place inside the square log mould. Press down the biscuit mix to obtain a nice even base.

Ideally prepared the day before

Peel and cut the apples into fine slices using a mandolin.

Melt the butter and add the vanilla and lemon.

In the square log mould lined with cling film, lay out the apples so as overlapping and covering the surface of the mould. Coat each layer of apples with the lemon vanilla butter; keep layering up in this way.

Remove from the mould and peel off the film while hot. Cool for a minimum of 4 hours.

Remove the reconstituted biscuit from the mould.

Glaze the apple palet with an apple or quince jelly.

Place it, nicely centred, on the crunchy base. 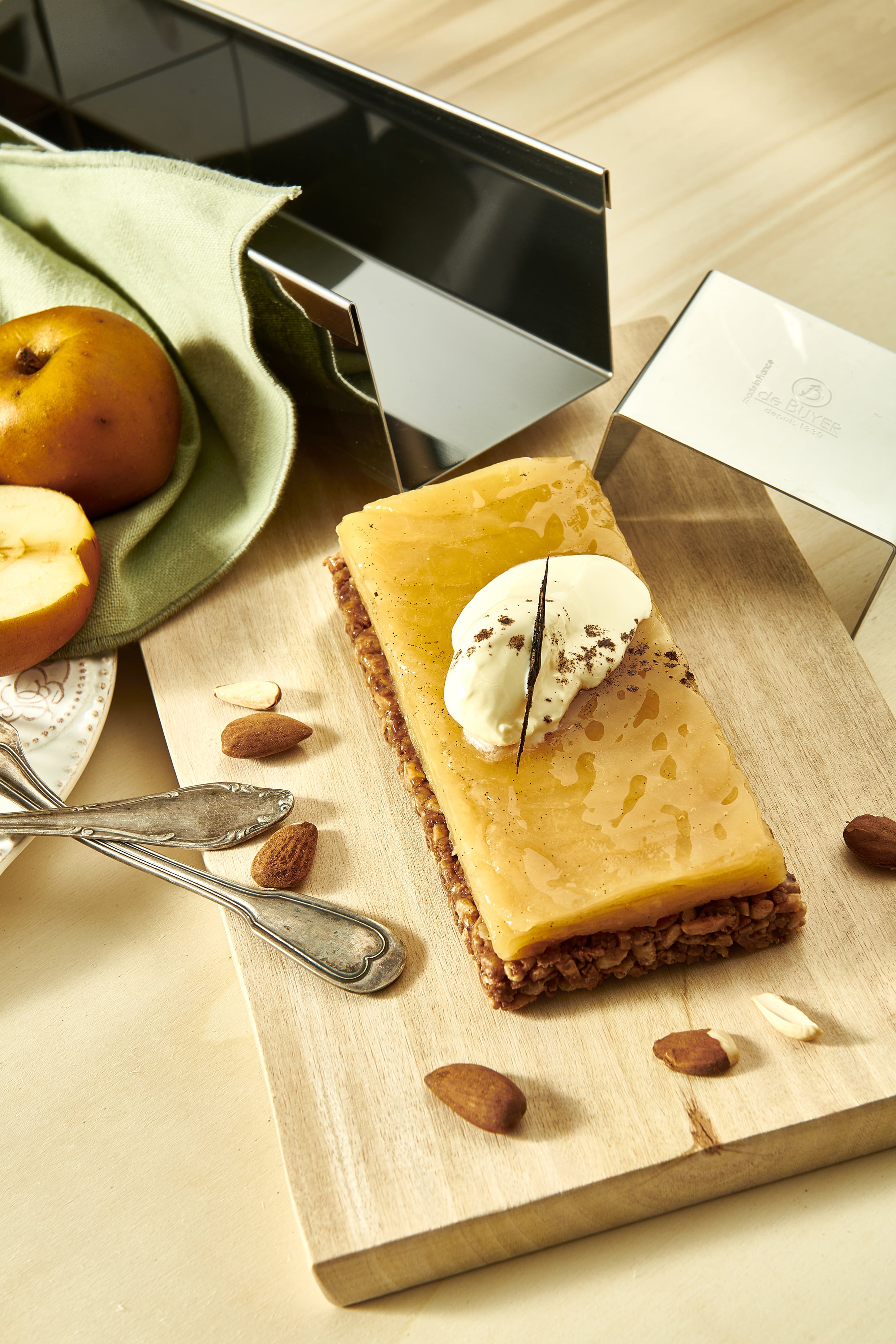 Winner 2019 of the prestigious competition Best Pastry Craftsman of France, Jonathan Mougel’s pâtisserie is the embodiment of taste, mind and pleasure. Innovation highlights his thirst for creativity, and his mission in R&D for PatisFrance-Puratos for over 15 years has taken him to further his commands, enhancing his passion for research, experiments and discoveries.

Since his beginnings, Jonathan finds reward in teaching pastry. His inner sense of passing on knowledge echoes his values, fulfilling his approach, rising pastry from craft to art. 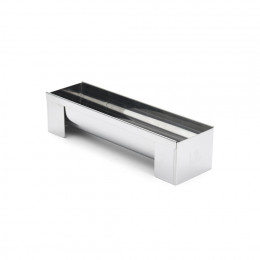