can be used with a blinis or triblinis pan

Warm the milk with the butter.

Add the milk, then the egg yolks.

Stir in the whisked egg whites.

Lightly butter the 3-blini pan.
Put in the dough and cook the blinis. 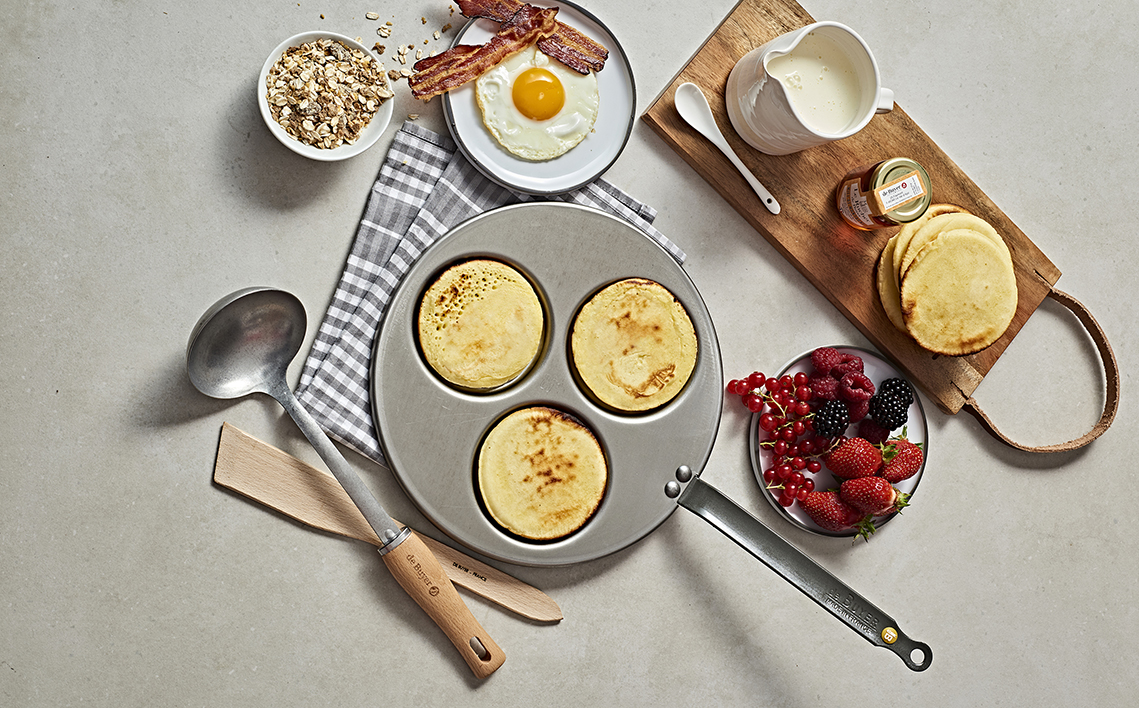 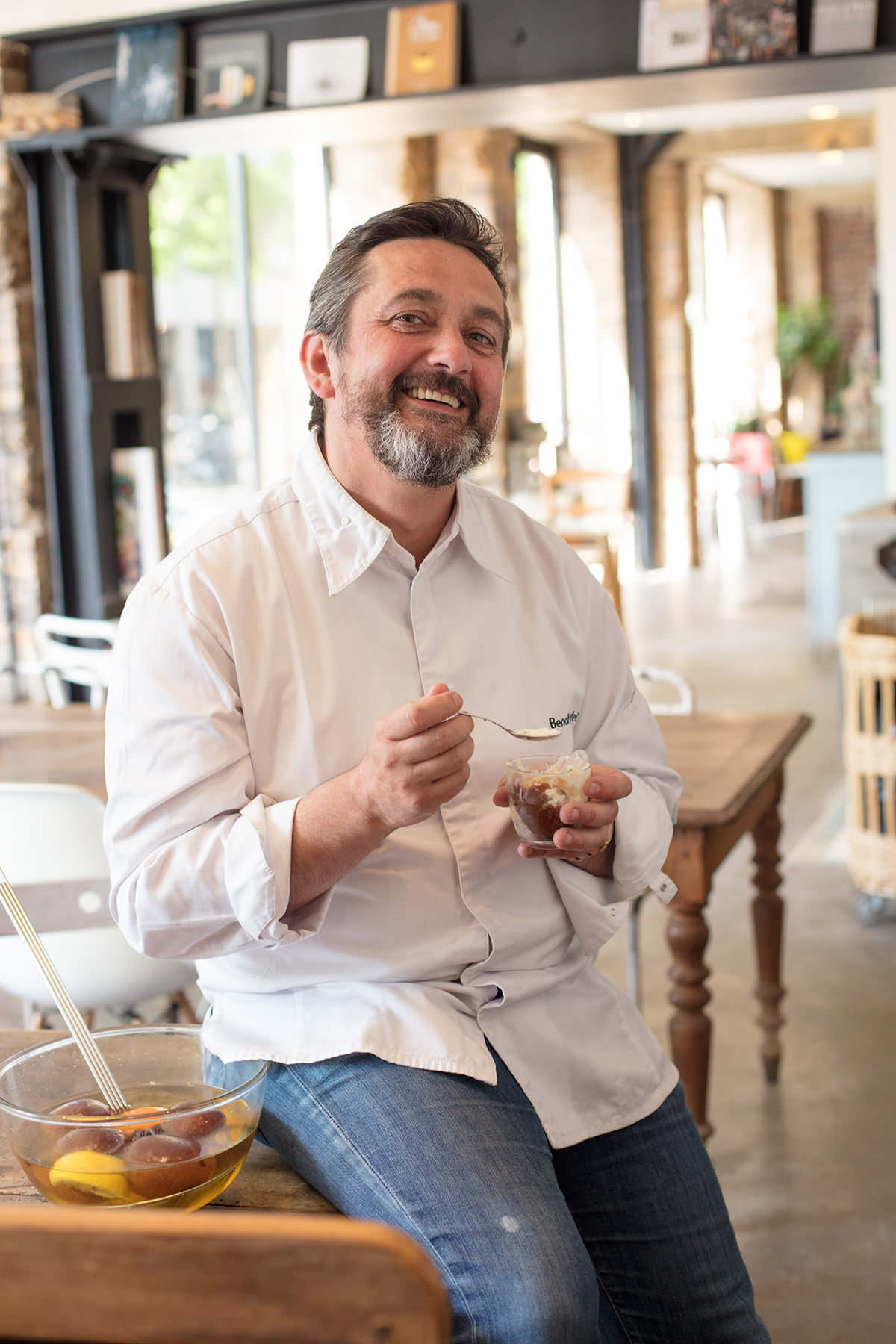