for around thirty blinis

The day before, add 1 fresh chopped sprig of dill into 50g of whipping cream and set aside in the fridge

The next day, strain the cream to remove the dill sprigs

Place in a piping bag and put to one side

For the blini dough

Weigh out 150g of milk, remove 2 tbsp of the milk and put in a glass, add the yeast and dilute until dissolved, then add the rest of the 150g milk

Leave to stand for 15 minutes

Add 30g of melted butter, separate the egg (setting the egg white aside) and add the egg yolk then mix with a whisk

Add the milk and yeast mixture then mix, leave to stand for 30 minutes

Whip the egg white but not too much, so that it forms soft peaks

Set the dough aside

Grease the pan and pour the batter into the blini cups

When your blini is bubbly, turn it over and let it cook for about 1 minute on the second side.

Set aside in the fridge before serving 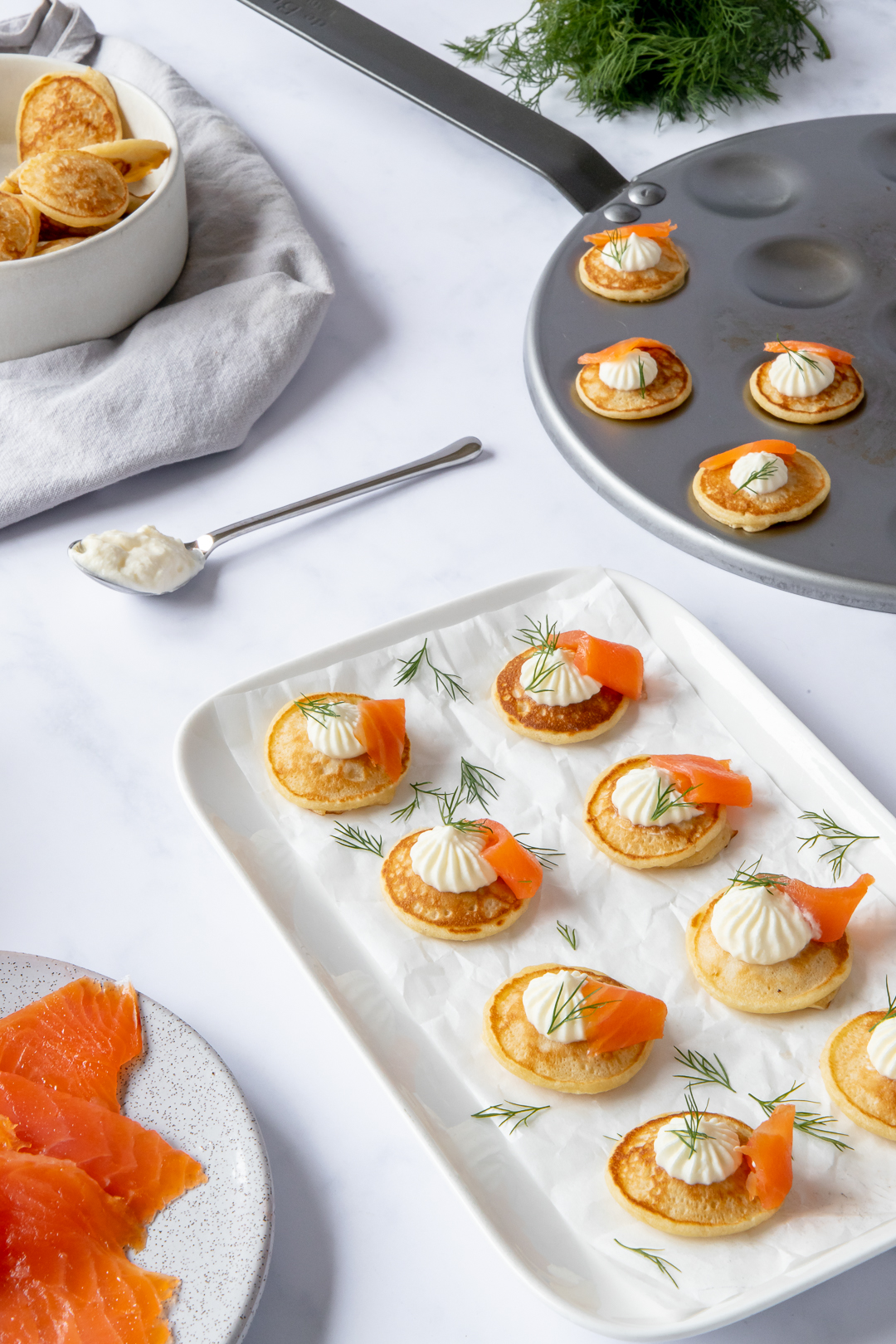